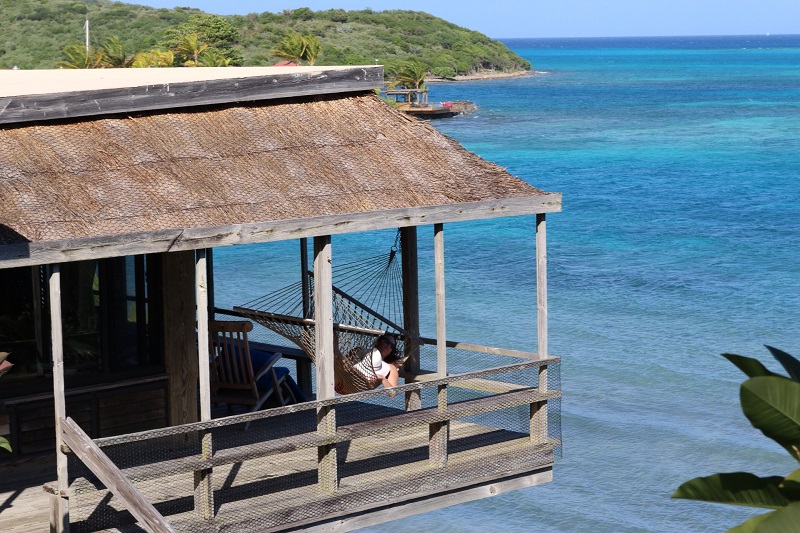 I was in the omelet line on the first morning of Thanksgiving Family week when I realized that Bitter End Yacht Club was going to be very different than any other resort we have stayed.

The guy in front of me was ordering his omelet while the charming chef threw a “little magic” in his omelet and warmly welcomed the gentlemen back to the Bitter End. The gentlemen went on to strike up a conversation with the chef, which included positive feedback about the Bitter End clubhouse makeover and other idle chit chat.

Just before he left the omelet station, he said : “It’s our 5th Thanksgiving at the Bitter End and the best part of returning is seeing all of the people we have met over the years who are like family to us now. Actually, we like them better than our real family!”

This is the 2nd time that I’ve been proved wrong about all-inclusive resorts. The first was on our recent stay at Spice Island in Grenada. In summary, not every all-inclusive resort is a cheesy haven for spring breakers who don’t care about the cheap liquor and bad food. In fact, many of the yachters who are staying on their boats come ashore to eat and drink at the Bitter End. Something tells me that the guy who owns this boat could eat anywhere he wants to! Not only is the food included, but also a weeks worth of  excursions. I have stayed at almost every well known resort in the Virgin Islands, and to my knowledge the Bitter End is the only resort that includes boating excursions. After many vacations in the Virgin Islands, we have learned that hiring a boat & captain is one of the biggest expenses of the trip. We typically pay upwards of $1,000 a day for these boating excursions.

Throughout the week, we had the opportunity to visit numerous neighboring islands with the Bitter End. On top of that, lunch and plenty of rum punches were included in the excursions. The boating excursions included stops at Anegada, the Baths, Cooper Island, and Jost Van Dyke to name a few! The kids were clearly bored out of their minds…..not! One of the coolest excursions was the star gazing boat excursion. Jerome, the water sports guy, entertained the inner-geek in me with his laser pointer. Yes, he really has a laser pointer that he uses to point out the star formations and galaxies in the pitch black of the night. Back at the Bitter End Yacht Club the kids were equally entertained with numerous water sports to choose from. One of our favorite things to do was take the Boston Whalers for a spin around the North Sound. Then there was the all too enticing Kite Boarding school at the Bitter End Yacht Club. We literally spent hours watching the kite boarders from our beach front villa before we decided to give it a try ourselves. We did not exactly master the Kite Board, but I will NOT let that kite defeat me! We just need another week to work on it…that’s all 🙂

We also had to pencil in our beauty rest & relaxation time.  One week is just not enough to do it all !! Speaking of relaxation, one of the most unique aspects of the Bitter End Yacht Club is no T.V. or WiFi in the rooms. Honestly, I am on the fence about the WiFi but I am 100% a fan of the no T.V. policy.

I am a travel blogger that relies on WiFi for just about everything, so my WiFi opinion is clearly biased. The Bitter End does have WiFi in many of the common areas, just not the rooms. However, I prefer to knock out my work in the privacy of my room and not at the dinner table. Obviously, I am in the minority so feel free to ignore my opinion.

Nonetheless, the Bitter End’s  no T.V. policy is without a doubt one of my favorite things about the resort. The Bitter End offers t.v. and movies,  just not in the rooms. I love the fact that people come together to watch a movie or sporting event.

One of Daniel’s biggest worries about traveling over Thanksgiving is that he might miss the Alabama-Auburn football game. He needn’t worry, because the Crawl Pub at the Bitter End is always playing sporting events on the ginormous outdoor screen.

Meanwhile, the kids are being equally entertained at the outdoor movie theater. Who knows, in five years we might be at the omelet station talking about our “Bitter End family” while the newbie listens in.