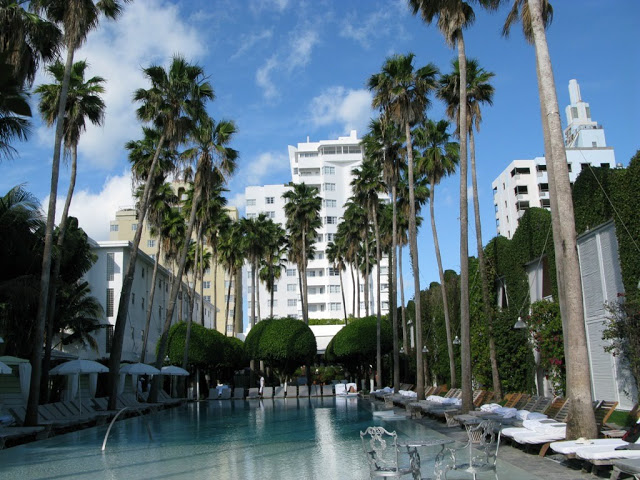 Alabama was headed to Miami for the National Championships, and Daniel & I had not gone to an Alabama football game since I graduated from Alabama school of law in 2001. We decided that after 12 years of marriage, 3 kids, and hectic lives that revolve primarily around the 3 kids, we deserved a Mom & Dad getaway to Miami. I had been to South Beach a couple of times on girl’s trips so I knew about the Delano Hotel even though I had never stayed there. I thought the Delano would provide the quintessential South Beach experience for Daniel. I knew the Delano would not be cheap, but I was a little shocked at the $1000 nt price tag. Luckily, I was able to snag a travel agent rate that lessened the pain a little bit.

Let me start off by saying, I would not pay $1000 a night to stay at the Delano because it is just not worth it. However, I think the rates were slightly inflated the weekend we stayed at the Delano due to the fact that it was the BCS National Championships. I hope for the sake of other guests that this is not a typical rate. In my review, I am taking into consideration that many of the hotel guests who were there during our stay were paying $1000 a night. It had been 3 years since I had been to the Delano and its definitely showing its age. Although the decor is still lovely, the outdoor furnishings were often torn and dirty which takes away from the glamour of the hotel. The hotel room itself was well-kept even though it is was very small. There were almost no “extras” provided in the room which makes it less than a five star experience. For example, the Delano does not provide complimentary water bottles, turn-down service, or similar services and amenities often offered at high-end hotels.  Strangely, the cleaning staff took our drinking glasses on the first day and never replenished them.  Also, the ice buckets were plastic 🙁  I am not trying to be picky, but it does reflect on the quality of the hotel and gives review readers an idea of what to expect.  The Delano does provide two complimentary beach chairs, however, that does not include an umbrella. That would be $20 extra. Really ? For $1000 a night, you can’t throw in the umbrella ?

The Delano is trying to sell itself as a sexy hotel with classy clientele. My advice to the management would be to eliminate the obvious presence of the “escorts.” That is not sexy or classy, and the primary reason that we would not return to the Delano for a romantic getaway.  Although it was entertaining and slightly humorous to watch, it does not scream “romantic getaway.” Which leads me to another point, this hotel is not kid friendly so please don’t make everyone uncomfortable by bringing your children here 🙂

On a positive note, the Delano is much nicer than it’s sister hotel the Shore Club. Also, the staff at the Delano were all very friendly and the security  guys do a good job of keeping the pool area for hotel guests only.  The lobby is still one of the prettiest hotel lobbies I have ever been and the Delano does provide a quintessential South Beach experience. Also, the pool waitresses offer frozen fruit and other goodies throughout the day which is a nice amenity. The music at the pool area is not too loud either. Many of the other South Beach hotels had music so loud that it felt like you were at a frat party.

Tamala PrickettGetaway for Mom & Dad at the Delano Hotel in Miami01.14.2013