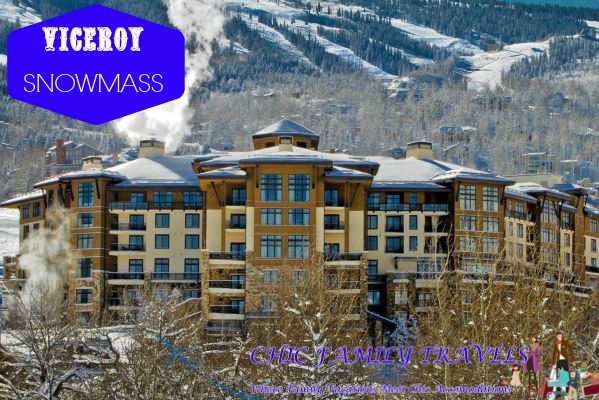 In April of 2011, we planned a ski vacation in true “Prickett style,” within 24 hours. It was the kids spring break, and I had not planned a ski vacation for the year. I intelligently decided that we could put a fabulous ski trip together within a days time. If you are not laughing at me, you should be! To make the entire vacation planning even more laughable, I had an infant at the time. Since I had not spent anytime researching the area or resort, we had no idea how this trip was going to work for us but we were game for an adventure.

We flew right into the Aspen airport, and happy to see that the Viceroy had complimentary SUV’s awaiting our arrival to take us to the resort that was no less than 5-10 minutes away. This was a HUGE plus as most ski resorts have at least an 30 minute to an hour drive from the closest airport.

The Viceroy at Snowmass was stunning to say the least. The lobby was modern and luxurious at the same time. We booked a 1 bedroom condo at the resort, which was not full at the time, and the Viceroy graciously upgraded us to a 2 bedroom condo for no extra charge.  The condo was amazing! The kitchen area had top of the line sub-zero and wolf appliances, the living area had a gas fireplace and stunning mountain view and all bedrooms had flat screen tvs as well as an additional fireplace in the master bedroom. The master bath was like none I have ever had at a resort. It was so lovely and luxurious that I felt spoiled for the week at the Viceroy.

After a good night’s rest, we planned to rent our skis and hit the slopes the next morning. First, we needed to take care of the baby. The ski school and daycare is about a 2 minute car ride. The Viceroy has complimentary SUV shuttles to this area at your convenience. This made dropping the baby off in the mornings a breeze! They even waited on us outside to take us back to the hotel so we could enjoy the ski-in, ski-out convenience of the resort. An even nicer surprise, is that the ski rentals where within about 50 feet of our condo. We literally walked in our socks to pick up our skis and boots and out the back door straight to the slopes! What a treat!

Take note of this extremely important ski tip for the Viceroy at Snowmass. The resort is ski-in, ski out but if you don’t know what you are are doing the “ski-in” part can be tricky. You will likely be skiing back in from the main resort area where the ski school is located. Go to the midway loading  station of the Elk Camp gondola and take it up. Then ski down to the Viceroy. Otherwise, you will be in for an unpleasant walk up a big hill! Snowmass has a great jump park that even old people like me can catch a little air!

Other positives about the Viceroy were the restaurants. The main dining room had fabulous food and a great “make your own cookie” dessert for the kids. There is also a slope-side sushi restaurant that is to die for! We were told that they fly the sushi chef in 3 days a week. The outdoor pool and hot tubs were right on the slopes and the outdoor fire pits made the ambiance fantastic. View of the Viceroy Pool from the Ski Lift 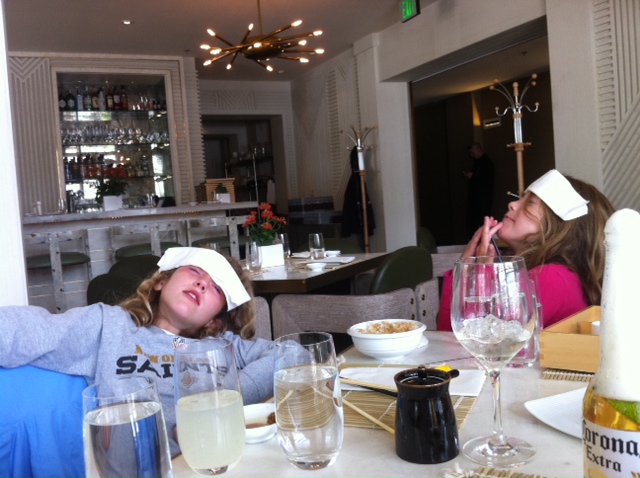 We also ventured into Aspen for dining and shopping a couple of times. There is a free shuttle bus that will take you there that is not too far from the Viceroy. It would have been nice for the complimentary Viceroy SUV’s to also take their guests to Aspen which is only about 10 minutes away. We are told that starting the 2012 ski season they will be offering this service. We will let you know in April!