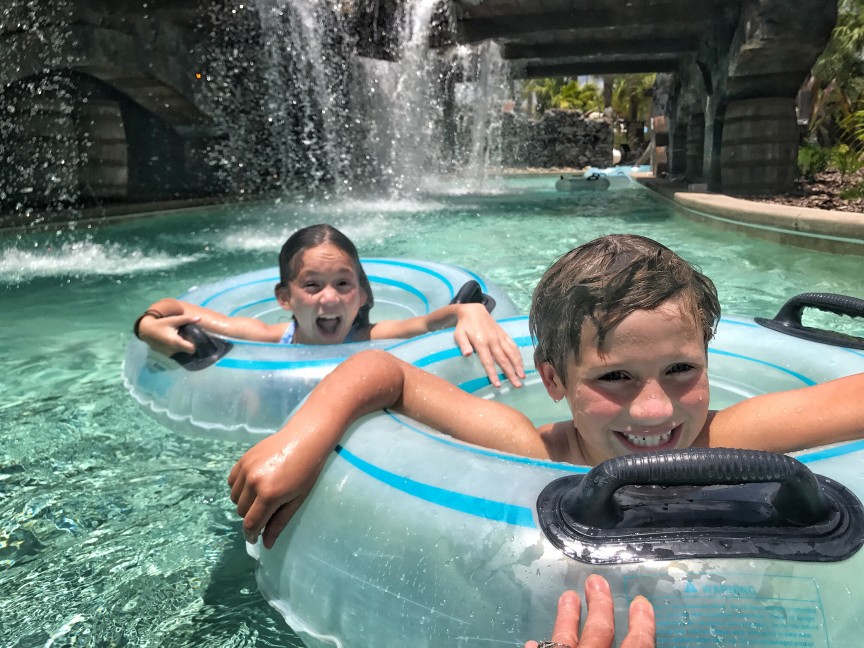 I’ve previously reviewed the Orlando Four Seasons at Disney World, but I love this hotel so much that it deserves 2 reviews!

I’m aware that declaring the Four Seasons a destination in its own right is a big assertion. However, there is so many amenities at the Orlando’s Four Seasons that it would be silly to just call it a hotel.

Describing the massive amount of amenities at the Four Seasons does not do it justice. Pictures speak a thousand words! Everything you see in the picture below is the massive water park area, kids club, and teen hideout. 2- The Four Seasons in Orlando is on Disney Property

Unlike the Ritz Carlton and Waldorf Astoria, the Four Seasons is actually located on Disney property. No, Disney does not own the Four Seasons but the location is just as good as many of the Disney owned hotels. You will lose the advantage of using the monorail, but I’m honestly not sure if that’s an advantage or disadvantage.

Anyway, the Four Seasons has its own transportation system that runs to all of the theme Disney parks.

Also, you can buy your Disney World tickets and pick up will call tickets at the Four Seasons just like you would if staying at a Disney owned hotel.

Let’s face it, the Grand Floridian would not be considered a 5 star hotel in any location other than Disney World.

I know that a ton of people love the Grand Floridian, but its simply not in the same category as the Four Seasons. It’s just not. Trust me, I’ve stayed at both.

Disclaimer: We received a media rate for our stay at the Four Seasons in Orlando. However, my opinions are my own and I still paid dearly for this vacation!